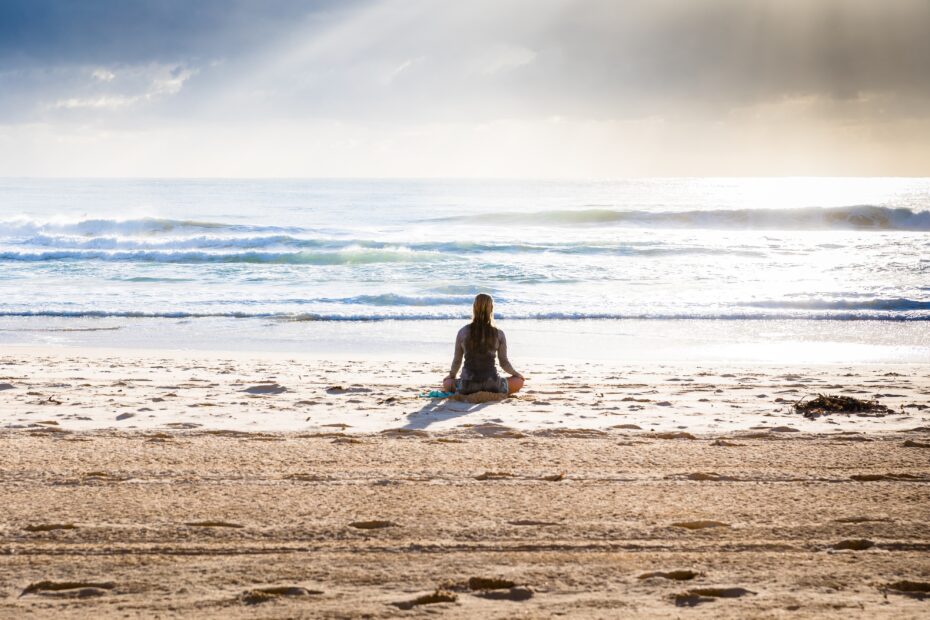 Life begins with your first breath, life ends with your last breath. Breathing is the most vital thing you do in life, it is why there is life. In Yoga, breathing is considered to be the most important of all your bodies functions. The breath actually connects you to the world around you, you are a part of the natural world, your body is made out of the same elements which are found in the earth and throughout the universe.

There is a continuous exchange that takes place of material elements with each breath you take.

You are, in effect, breathing the world into yourself when you inhale but you are also breathing some of yourself out into the world when you exhale. There are literally microscopic bits of you in every exhalation and so you share in the chemical mix of the planet with your every breath. Your breathing is like your invisible umbilical cord connecting you to Mother Earth. If that cord should ever be broken, even for a short time, you could not survive. Breath is life itself.

In Yoga the breath is considered to be the primary conveyor of subtle or etheric energy, this energy is not detectable by any scientific instruments and it is not an object in the usual sense of the word. This energy can not be defined accurately because it is not really a physical thing, this energy exists as a kind of fourth dimensional shadow of matter, it is in all things but is not the thing itself.

This force is found everywhere, in the food we eat, in the water we drink and in the air we breathe. This invisible force animates all matter and is the primary catalyst for all actions. This energy is always hidden from your view yet it is everywhere present. In Yoga they calls this force Prana and the study of the effects of Prana on the mind and body is called Pranayama.

You absorb Prana primarily through the breathing process so when you breathe in air you are absorbing Prana energy into your body. This is why when you learn to breathe more deeply and effectively you will bring higher levels of Prana into your body.

With the free flow of higher levels of prana in the body your body becomes more strong and resilient.

Breathing more deeply provides a vital link between your body and your mind. It has been observed in clinical studies that different rhythms of the breathing have different effects on the state of your mind and emotions. Pranayama studies this vital relationship between the breath and the different states of consciousness that it can produce.

When should you do the belly breathing?

I would suggest you only do Belly Breathing for the first month of your practice, then later move on to some of the more advanced breathing exercises which I have provided for you in the Yoga Breathing Section of this web site.

How to properly do belly breathing

To do yoga belly breathing properly allow your lungs to fill from the bottom up, this will assure you of maximum air penetration and absorption.

When you inhale, the diaphragm and intercostal muscles (those are the muscles between your ribs) contract and expand the chest cavity. This expansion lowers the pressure in the chest cavity below the outside air pressure. Air then flows in through the airways (from high pressure to low pressure) and inflates the lungs.

The cycle then repeats with each breath. If you are breathing only with the top half of the chest, the top of your lungs will open first so that the air fills them only up at the very top.

If on the other hand pushing your belly out as you inhale will expand the diaphragm first. The lower ribs will then push out and open the lower portion of the lung first. Air will then rush down into the lungs to fill the vacuum created and so fills your whole lung chamber from the bottom to the top.

When you exhale, you are in effect reversing the process, by pulling the belly in at the end of the exhalation. This last movement pushes the air completely out of the lower portion of your lungs and so pushes all the toxins of the used air out of your lungs.

The breath is also used as an important focus of meditation.

Meditating on your breathing can be one of the most difficult of meditations because to have to pay close and continuous attention to the comings and goings of the breath is usually possible for only a minute or so for most people.

But breathing meditation can be learned with patience and practice. Breathing meditations will help keep you well centered within the moment from where you can learn to harness the tremendous powers of your soul.