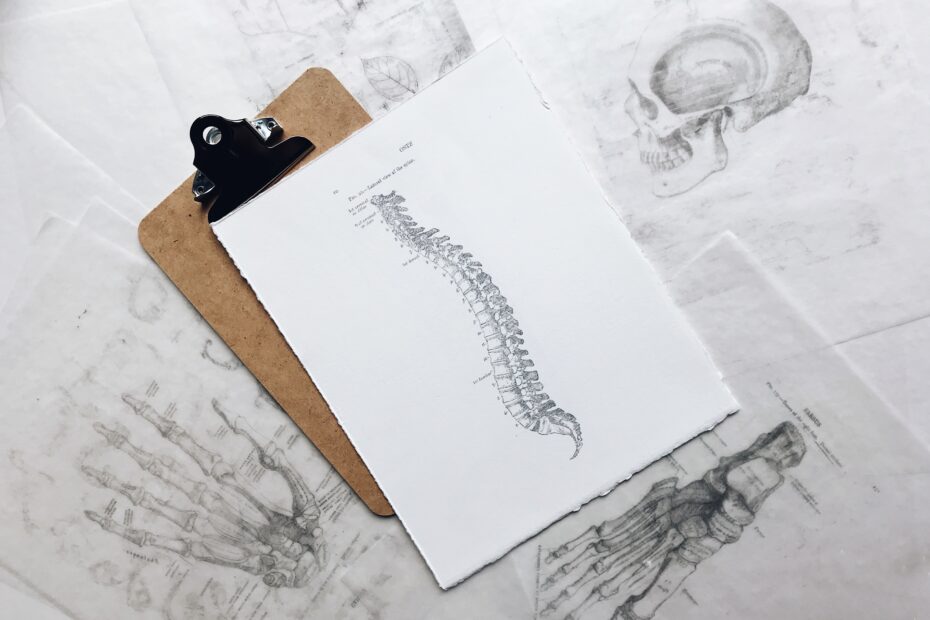 The Spinal Column which is found in our Back is one of the most vital parts of our body. It supports our trunks, protects the Spinal Cord and the Spinal Nerves and is highly responsible for all our posture and movements making Spinal Injuries are painful and sometimes disabling.

A lot of people experience some kind of Back Pain at some point in their lives and for some, this pain developed into a chronic of degenerative Spinal Disorders which can cause paralysis or disability. Back Injuries are the leading cause of work-related disability in the United States affecting both Men and Women of almost all age groups. Back Injuries, however, are highly preventable through exercise and proper posture.

An adult’s Spinal Column or Vertebral Column is approximately 72 centimeters in length.

It is composed of 33 vertebrae which is divided into five categories:

The Cervical Column is composed of seven vertebrae and is positioned at the top of the Spinal Column.

Most Back Injuries are not fatal and are musculoskeletal – associated with the Bones, Muscles, tendons, joints, and ligaments. According to studies, majority of Back Pain cases is caused by some form of irritation of the nerves that travels from the Spinal Cord through the bones, making the muscles to tense. Irritation can be caused by stress, activity, mechanical problem in the Spine, or a Herniated Disc.

Other causes include kidney infection, ulcers, Gastrointestinal Distress, problems in the reproductive organs or other internal organ disorder, including cancer. These injuries may come in the form of Sprain, Strain, Herniated Disc, Sciatica, Scoliosis, Osteoporosis or bone and joint injury like Osteoarthritis and Fibromyalgia.

The most common Back injuries are Sprain and Strain. These are usually caused by too much stretching of the Back, slowing down abruptly, landing awkwardly, abrupt change in direction, and colliding with another person which happens mostly in sports events.

Another Back Injury which can cause acute pain and require medical attention is the Herniated Disc. Herniated Disc is often debilitating, symptoms of a Herniated Disc include numbness or tingling sensation in the legs and feet, muscle spasm or cramping, sciatica, loss of leg function, and severe back pain. Smoking, lack of exercise, improper diet, aging, and poor posture contributes in increasing your risk for Disc Herniation.

Activities such as incorrect lifting, twisting and the daily wear and tear also increases a person’s risk for this Back illness. Disc Herniation may progress suddenly or gradually over weeks or months and it often affects the Lumbar Vertebrae.

Osteoporosis is a Back Ailment which can happen without symptoms. Osteoporosis is the disorder wherein the bones are abnormally brittle, less dense which is the result of decreased bone mass or a number of different diseases and abnormalities. Symptoms include fracture in the hips, vertebrae, wrist or other parts of the body; curvature of the spine and loss of height.

Osteoporosis cannot be cured but may be controlled or prevented. This Back ailment is common in older people, and a person usually does not know that he or she has osteoporosis until fracture occurs. Among the risk factors are gender, race, lifestyle and genes. Osteoporosis mostly affect women than men since they have less bone mass, experience menopause and live longer.

Scoliosis is another Back ailment that affects millions of people worldwide. It is defined as the abnormal lateral curvature of the spine to the side, either left or right, and originated from the Greek word which means curvature. This ailment is usually developed during childhood and rarely occurs in adults.

Scoliosis in adults usually began in childhood but wasn’t diagnosed or treated. Common causes include progression of the disease from childhood, asymmetric degeneration of the joint in the spine, or a combination of both. The Spinal curve in Scoliosis may occur in the Lumbar or Thoracic Vertebrae, though it may also occur in both.

The problems can get worse if not treated, and may sometimes cause a disfiguring curve or a large hump in the Back. Though it is usually painless, Scoliosis can sometimes prevent a person from doing some exercises. In severe cases, the spine can rotate and result in prominent ribs on one side of the body making the spaces between the ribs narrow thus causing difficulty in breathing.

Treatments for Scoliosis include the use of braces or sometimes, surgery. Others try electrical muscle stimulation, chiropractic manipulation and exercise. Though exercise cannot stop Scoliosis alone but it can help in promoting overall health and well-being.

Other common Back ailments are Sciatica, Osteoarthritis and Fibromyalgia. Sciatica is often caused by a Herniated Disc, other causes include Sacroiliitis, Lumbar Facet Joint Syndrome, Piriformis Syndrome, Iliolumbar Syndrome and Lumbar Spinal Stenosis.

Sciatica described as the pain along the Sciatic Nerve or start from the buttock to the back of the leg. Sciatica may also cause numbness and tingling or pain in the sacrum. In Sciatica, the pain in the posterior thigh, lower leg or foot can be much worse than the lower back pain. Osteoarthritis and Fibromyalgia are the most common forms of arthritis.

The most common treatment for back pains includes medication, exercise, and a change in lifestyle, sometimes surgery for sever Back Ailments. Yoga is a mild form of physical activity which can help in strengthening Back Muscles and Skeletal system. It can help in controlling and preventing the occurrence and re-occurrence of Back Injuries which can lead to some Chronic or Acute Back Ailment.

The practice of Yoga can be helpful to diagnose disc problems after the acute stage has passed. The proper diet and no smoking lifestyle which are part of Yogic Lifestyle will facilitate fast recovery and prevention for Osteoporosis and Herniated disc. Asanas can tone your Back Muscles, make it more flexible, alleviate pain and improve your posture. Yoga lifestyle, Yoga Poses combined with medical attention can decrease the debilitating power of Back Pains.

The following are the asana poses for stronger, more flexible Back.

Why don’t you give these Yoga Poses a try? They might be really helpful in dealing with Back Injuries. Just take note that not all poses are advisable to be practiced by people with Back Injuries. It may depend on their health condition and their ability to do certain poses. It would be better to consult a physician first or do the poses under the supervision of a Yoga instructor.