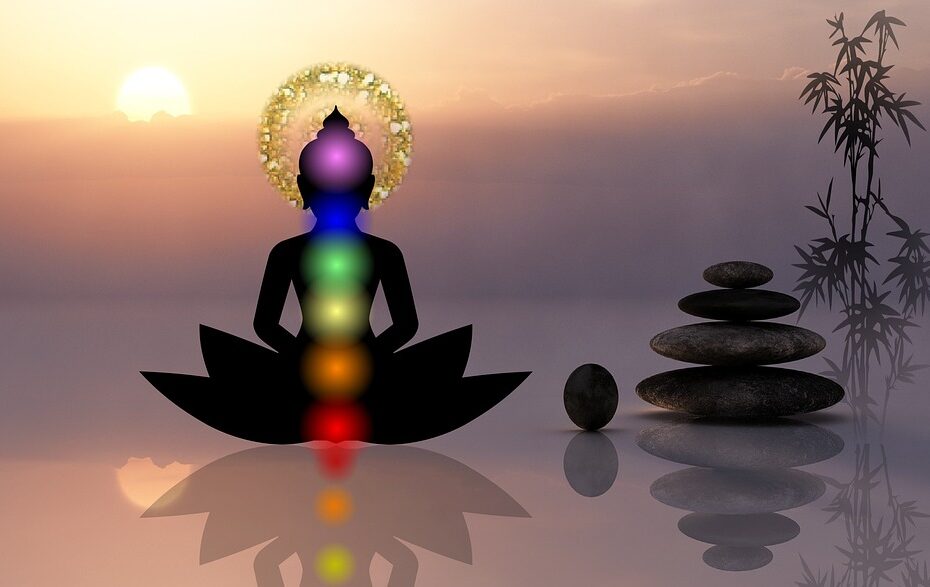 A Basic Introduction to the Chakra Energies

Chakra Yoga is essentially the use of various yoga practices to alter the balance of energies within the individual. It is an interesting way to approach your practice and can lead to a greater realization of your personal mind-body-spirit connection.

Look for an upcoming series of articles on the chakras and chakra yoga. This article introduces the concept of chakras and the basic terminology of the chakra science.

What is a Chakra?

Chakras are sometimes described as vortexes of energy, which may be perceived as light, vibration, or a specific manifestation of energy. Within the body, these chakra energies are located along the spine. They are associated with the natural forces that create our physical bodies (and their complementary natural forces and elemental states) as well as with the emotional and mental energies that contribute to our personalities, attitudes, and mannerisms. The balances between these energies shape our physical, mental, and emotional realities, which combine into what we perceive to be ourselves.

The Shat Chakras are the six chakras located within the physical body. Beyond these, different yoga philosophies recognize the importance of differing numbers of chakras. The seventh chakra, sahasrara chakra, which is found above the crown of the head, is considered the unifying point of the shat chakras as well as one’s conduit between the energies contained within him and the universal energy that surrounds him. This and higher chakras are much more abstract and harder to perceive in one’s initial approach to yoga.

The shat chakras, which are directly associated with physical areas and functions of the body, can be stimulated or soothed with various yoga practices. Scientifically, these chakras have been shown to be directly associated with the endocrine glands, which will be discussed in future articles. You may often hear that a person’s chakras are “blocked,” “imbalanced,” or “overactive.” Introspection and personal attention through the application of chakra yoga can help one become more sensitive to his inner state and aid in the search for balance.

This is the root chakra and is located at the coccygeal complex or tailbone. This chakra is associated with the natural force of gravity. Within us, it creates the solidity of our physical selves; emotionally and psychologically, it is the source of our sense of individuality and feeling of place within the universe. The associated element is earth.

The energy of this chakra is cohesive, the force which bonds atoms together, a looser and more fluid force. The associated element is water. This energy directs our abilities to be adaptive, to relate to others, and to form relationships. It is located in the sacral area and affects the physical area of the body from the pelvis and hips to the kidneys.

This is our fire center. Associated with the element of fire, the power of combustion, and the internal processes of digestion and metabolism, this energy reflects our abilities of creativity and transformation. It is located at the solar plexus.

Anahata is our heart center; it is located beneath the sternum and is associated with the element of air. Respiration and immune system health are controlled by this chakra. The expansive energy of Anahata allows us to reach out to others with compassion, empathy, and love. It is a gentle and vulnerable area of the chakra system.

The Vishuddha Chakra is located in the throat. It is the force of vibration, often expressed as sound. In ancient science, the elusive force was interpreted as the element ether, but in modern science, we understand it as electromagnetism. This chakra controls our ability to express ourselves. As the source of vibration, it has a powerful effect on the lower chakras.

Ajna Chakra is often referred to as “the third eye,” and is located in the brain in the region of the pituitary gland. This is the magnetic force that creates the element of the mind. A powerful and permeating force, magnetism creates all the patterns within the universe, from our genetic blueprint to the shapes of galaxies. The power of the mind is equally influential.

One’s attitude, for example, has a major impact on his perception of reality. A simple illustration is that paranoia and fear makes the world a scary and dangerous place; enthusiasm and curiosity creates a world of adventure and opportunity. The sixth chakra is a complicated subject that will be treated in a separate article.