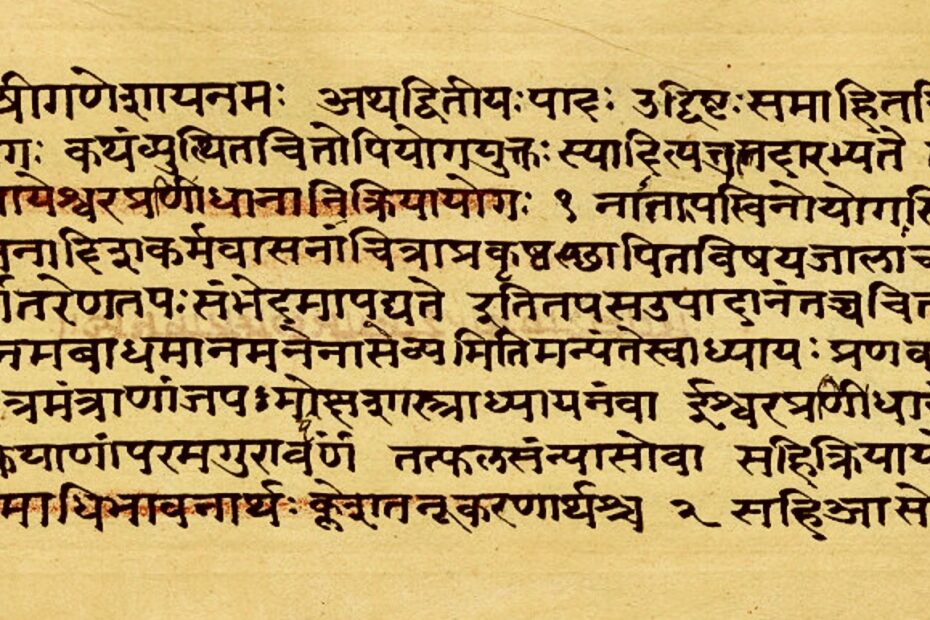 A Brief History of Yoga

It could be argued that many articles about the practice of yoga belong in the Philosophy category more than they do in the Wellness & Style section.

The Sanskrit language provides great depth of meaning behind each word. The word “yoga” is no exception. With over 31 different meanings, its growth in popularity has triggered countless new forms and understandings.

“Yoga” as “a general term for spiritual disciplines in Hinduism, Buddhism, and throughout South Asia that are directed toward attaining higher consciousness and liberation from ignorance, suffering, and rebirth.”

The word “yoga” is from the Sanskrit root yuj – which means to unite, to join, harness, contact, connect. English words that share this root are join, jugular, zygote and syzygy.

The English word “yoke” also shares this linguistic root. Often sited as the meaning of the word “yoga”, “yoke” carries a connotation of oppression or subjugation, which is not inherent in the Sanskrit meaning.

In fact, it’s quite the opposite! Enlightenment or the state of constant union with the divine that students seek in the practice of yoga would be the freest of conditions, true liberation.

Etymologically speaking, the closest Latin-based translation of the word “yoga” would be the English word “religion”, from the Latin religare “to bind fast”, “to tie” or “to fasten”. Though most practitioners of yoga would consider it a practical tool for spiritual growth, rather than a religious practice in the traditional sense. It tends to transcend and include the modern concept of faith.

Where Yoga Comes From

There are petroglyphic images of men sitting in lotus pose that date back 2500 years. The rich stew of Indian theology has simmered together from Vedic, Hindu and Buddhist traditions a flavorful melody of teachings and wisdom.

In approximately 200 BCE, the “Father of Yoga”, Patanjali, added his contribution. The Yoga Sutras outline the eight limbs of classical Yoga, or Ashtanga Yoga, and were written in the form and style of traditional Indian Philosophy.

Patanjali divided his 195 short aphorisms into four chapters for study. The sutras are poetry, each word carries considerable weight. The word sutra means “thread”, and the “threads” of thought were to be memorized by the student, pondered, chewed on and assimilated. Ultimately, the student will weave a tapestry of enlightenment and the practice of union with the transcendent.

What We Call Yoga Today

Followers of Patanjali’s Yoga Sutras are practicing Ashtanga or Raja (Royal) yoga, of which there are several different branches. Historically, Hindu tradition divided the paths of yoga into intellectual, emotional or physical paths or “margas”: Jñana, Bhakti, and Karma. In approximately 15th century C.E.

B.K.S. Iyengar popularized Hatha yoga in the West through his use of props and tools and precise descriptions of the various poses, making them more accessible.

In the introduction to “Light on Yoga” first published by Schocken books in 1966, Iyengar explains that Hatha and Raja yoga are complementary approaches to the same goal:

“As a mountaineer needs… ropes and crampons as well as physical fitness and discipline to climb the icy peaks of the Himalayas, so does the Yoga aspirant need the knowledge and discipline of the Hatha Yoga of Swatmarama to reach the heights of Raja Yoga dealt with by Patanjali.”