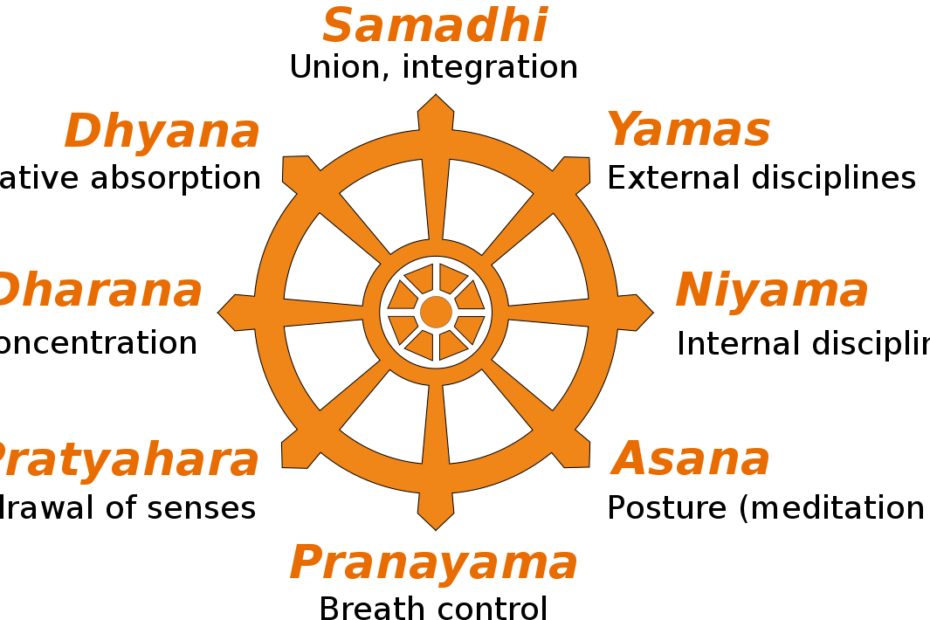 Teachers and translators of the Yoga Sutras are careful to never present the limbs of yoga as “steps” or “stages”. Even though there is a clear and apparent progression from the outer world into the contemplation of the inner, it is understood that practitioners must transverse the various limbs in a natural way. Often, visual depictions of the Eightfold Path are those of the intertwining branches of a tree.

As children we have learned that when we are climbing trees, we occasionally have to descend to a lower branch in order to rise up another way. This is also understood in Yoga practice.

The first two branches of the eight fold pat are commonly referred to as the Yamas and the Niyamas, and serve as a sort of “Ten Commandments” of yoga.

In The Storytelling Monk‘s glossary of metaphorical meanings in Sanskrit, Samadhi is described as “a state of inner calmness, which is born out of sincere practice.” Linguistically, the word Sama is derived from Samahita, meaning “balanced”, “complete”, “pure”, or even “dissolved”. Dhi refers to intellect, memory and inner reasoning.” Giri defines this as a super-conscious state where “… Absoluteness is experienced with all-knowledge and joy… thinker and thought become one….”

Since the word Yoga signifies union with the divine, this transcendence of the illusion of the physical is the true achievement.