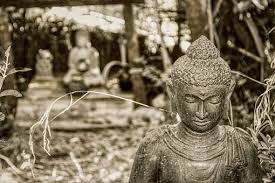 Using Movement, Sound, and Breath to Bring Health and Awareness

Kundalini Yoga, brought to the West by Yogi Bhajan in 1968, is considered the most powerful of all twenty-two types of yoga. It is unique in that it combines dynamic and static movements with breath, sound and meditation to unlock our true potential. Working on all systems of the body to bring health, balance and energy, this yoga can be practiced by anyone.

Kundalini Yoga for the Householder

Kundalini Yoga is known as the ‘yoga of the householder’: it is not about retreating from society to meditate in a cave, but about using yoga to uplift you to be the best you can be in all your daily doings, including your relationships with partners and children.

The word ‘kundalini’ refers to the latent potential that exists in each one of us. It literally means ‘the curl of the lock of the hair of the beloved’. Kundalini Yoga is about reaching the infinite from our finite bodies, using the tools passed down through thousands of years. Kundalini Awakening further discusses the experience of this latent energy.

Secret Discipline Brought to the Masses

For centuries this yoga was kept secret. Students had to go through rigorous tests to prove themselves before they could receive the wisdom from a ‘guru’, or master. Yogi Bhajan broke this exclusivity and angered many traditionalists by bringing the teachings to America in the late 1960’s. He believed that as our planet moves into the Aquarian Age, we can all access the teacher within, instead of looking for guru’s outside ourselves.

The Legacy of Yogi Bhajan

Yogi Bhajan, born Harbhajan Singh, emphasised repeatedly that he came not to create disciples, but to create teachers. Yogi Bhajan began teaching young people in the heyday of the Sixties drug culture, recognising that their search for different states of consciousness reflected their desire to experience the infinite. Teaching schools have since sprung up all around the globe, and there are now hundreds of teachers providing opportunities to learn this sacred discipline.

From Guru’s to the Aquarian Age

The teachings of Kundalini Yoga explain that we live in an age in which we are severely tested, as our world goes through enormous changes on every level: economically, socially, morally and geographically. However, we have the tools at our disposal to rise to this challenge. Kundalini Yoga enables us to do this by stimulating the glandular systems and nervous system, giving us strength and a connection to our inner wisdom.

Kundalini Yoga is not a religion. People of many different faiths practice it. It is, rather, a ‘sacred science’, or ‘technology’. Just as in the study of chemistry, it is necessary to believe in certain formulas in order to do experiments, Kundalini Yoga requires only a willingness to practice the techniques, which can allow the experience of one’s true, nfinite nature. One of the central mantras of Kundalini Yoga is ‘Sat Nam’, meaning ‘I am Truth’.

Kundalini Yoga is so much more than just a set of physical exercises. If you practice it, it will change your life. The question is, are you ready?