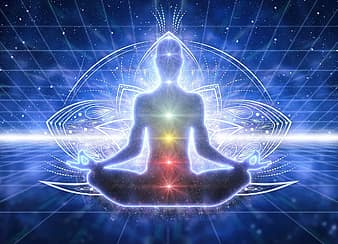 Kundalini Energy is a natural energetic force that comes from the earth and is stored in a reservoir located at the base of the human spine.

Kundalini is an energetic force that all humans have the potential to tap into and utilize for awakening to higher consciousness and spiritual growth. It is often referred to as the “serpant goddess” energy because of the snake-like path it takes as it moves up the spine, and the fact that the energy originates in the earth.

Practices such as Kundalini Yoga, Kundalini Dance and chakra meditation cultivate inner peace through energy healing and chakra balancing to lead the individual to higher levels of awareness and enlightenment. All information and quotations in this article are derived from the book Kundalini and the Chakras by Genevieve Lewis Paulson.

Kundalini energy is not just a new age fad. Some are skeptical of the validity of this metaphysical reality, and some are fearful of its life-changing power. However, “Kundalini can be considered the oldest known science.” It used to take serious spiritual practice, purification and discipline to awaken the Kundalini evolutionary life force in human beings.

As society moves into the Aquarian Age, however, accelerated energies facilitate spontaneous Kundalini release in individuals, so even those who have never heard of this type of evolutionary energy are experiencing it within themselves. Training in energy healing and chakra balancing makes working with Kundalini energy safe and tremendously beneficial to spiritual growth and healing.

Kundalini flows up the feet from the earth and to the bottom of the spine in the root chakra. From there, when awakened, it moves through all of the chakras in the human body and out the top of the head. It follows a natural path and progression through the chakras and brings new awareness, new metaphysical abilities and a transcendental state of understanding when cultivated.

Energy Healing and Cleansing though Kundalini

Since each person is an individual, Kundalini awakening manifests differently in each person. There can be both ecstatic and uncomfortable symptoms of Kundalini energetic release. “There may be involuntary movements or shaking of the body; illness may ensue from kundalini cleansings, many times remedied simply by changing the energy pattern.”

Confusion is often prevalent when unprepared people experience Kundalini release. Changes of moods, attitudes, diet, color and style preferences are common, as well as schizophrenic symptoms, deep depression, power trips, unexplained anger, base or perverted sexual fantasies or feelings are all part of the cleansing process as hidden inner demons of blocked energy are brought to light by the cleansing of the Kundalini.

It is helpful to not be afraid of the physical and mental symptoms but rather to actively confront and release old memories locked within. “When all the blocks are released, the Kundalini flows through unhampered, refining the cells and thus allowing the prana, or divine and universal energy, to come into the system in pure, strong form.”

Spontaneous Kundalini awakening can be traumatic if an individual does not have guidance or proper knowledge about what is happening to their body, mind and energy system. It is advisable to cultivate Kundalini through spiritual practices such as Kundalini Yoga, Kundalini Dance, Chakra meditation, as well as other types of energy practices and spiritual meditations to clear the stagnant energy held in the body and allow for pure Kundalini awareness to permeate through the chakra system and make room for blissful state of spiritual awareness and enlightenment.