Kundalini Energy and the Chakras 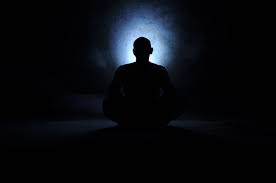 Chakras are energy centers in the human subtle body energy system that are an integral part the individual processing and absorption of universal energies, including Kundalini energy.

Chakras are pools or vortices of pranic energy located along the human spine and have a key role in both the physical functioning of the body and the embodiment of spiritual energy on the physical plane. There are many theories on the placement and the number of chakras in the human body, but the most commonly used model is of seven chakras ranging from the base of the spine to the top of the head.

Kundalini Awakening in the Chakras

When Kundalini energy rises through each Chakra, it cleanses the stagnant energy in that center and this allows much more life force energy to flow through the human chakra system. According to Anna Voigt in The Chakra Workbook, “although the term Kundalini… comes from the Tantra Yoga traditions, a phenomenon akin to the Kundalini experience is recognized in all of the shamanic traditions and mystical paths, in nearly all of the worlds’ major religions, and in genuine occult traditions.

“All of these traditions recognize the significance of Kundalini as a key to ‘divinizing’ or ‘spiritualizing’ a human being. From the perspective of an individual spiritual seeker, it is a path to enlightenment, liberation, or Self-realization.” When Kundalini rises through the Chakra system is facilitates a process of cleansing and awakening to higher consciousness.

Through years of socialization and daily life interactions the body piles on and hold onto low vibrational emotions, though patterns, memories and programming. It is in the chakra system that human beings experience these traumas, negative experiences and limiting agreements that they make with themselves about the self and the world. These low vibrational energetic patterns stay stored in the body’s energy system unless actively cleansed through energy work, meditation yoga or other spiritual practices, or until Kundalini rises spontaneously in an individual, speeding up the evolutionary process of an individual’s spiritual growth.

Low vibrations mean that the frequency of the emotion, thought, or memory is denser than the high vibration of light, which is the vibration of pure life source. If everything is seen as energy, then every person has the potential to be a high vibrational being, a clear channel for universal love and light to flow through and out into the world, but these low vibrations such as fear, anger, resentment, guilt and judgment, among others, block the growth to full potential.

By intentionally and actively cleansing the body-mind system with Kundalini energy an individual can rid himself or herself of much of the energetic density that is stored in the body. These stuck energies are responsible for much of the fatigue, pain and illness felt in the physical body. By cleansing and purifying the energetic system, a person will increase physical, mental and emotional health.

Other benefits of actively cleansing and purifying the chakra system are increased energy, noticeably increased vibrancy, a youthful glow, increased paranormal abilities such as magnified skills of manifestation and attraction, and psychic abilities.

By purposely using Kundalini energy to clear and balance the human chakra system humans get more in alignment with the universal flow and life is less of a struggle. This can be done by using the techniques of Kundalini Yoga, Kundalini Dance, Chakra Mediation, or other energy practices that use universal energies for chakra clearing, balancing and alignment.