How Kundalini Yoga Can Help to Overcome Fear 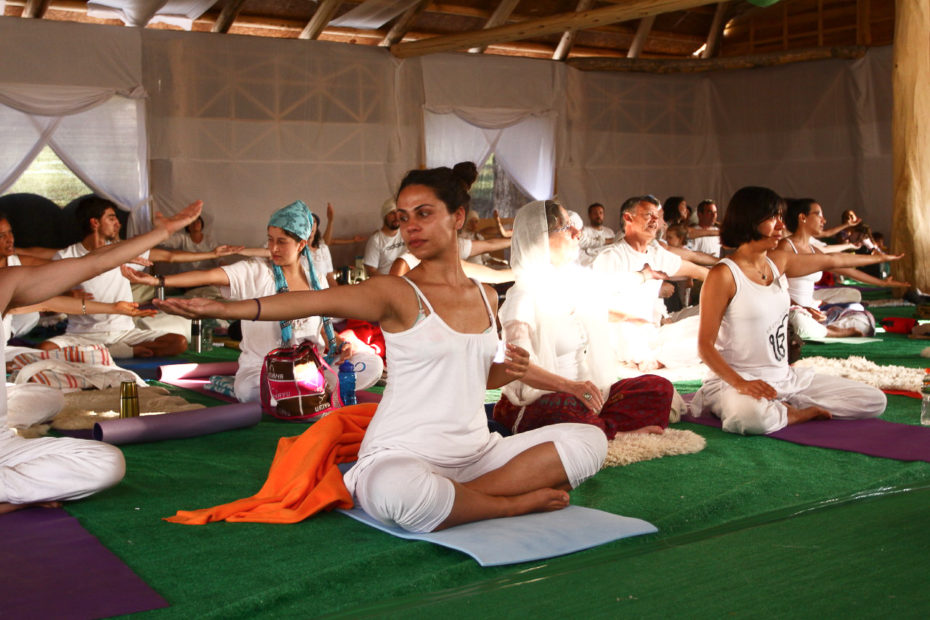 Fear is a natural emotional response amongst humans and animals that alerts them to potential dangers. However, fears can become unhealthy when the perceived threat becomes greater than the actual possibility of harm. There are many kinds of fears, among them fears of impending disaster such as terrorist threat, financial ruin, or natural disaster, and these can be exacerbated by an often negatively focused media.

Fears of the internal world can also arise. These may originate from parts of a person that are rejected and covered over, thoughts that may devalue their own self-worth, fear of what others might think, or the burden of unpleasant memories from the past that are stored in the subconscious mind and hinder the ability to create and sustain a meaningful present. All fears that can torment and wreak havoc on relationships and trap people in a stifled and limiting space. The practise of Kundalini yoga is one method that proponents of the style believe offers a way through these fears.

What is Kundalini Yoga?

Kundalini yoga is an ancient form of yoga introduced to the West in 1969 by Yogi Bhajan. It is described as a precise science that blends specific postures with breathing, hand positions, body locks, meditation, and chanting in a set of exercises known as a kriya. A wide range of kriyas have been developed to work on a specific theme, which could be:

On a physical level, the use of breath coupled with movement of the body directed at precise angles means target areas are saturated with charged and oxygenated blood, strengthening and vitalising the region. This improved health leads to more mental and emotional clarity and resilience, which creates a basis for overcoming fear.

The Spiritual Benefits of Kundalini Yoga

In spiritual terms, practitioners believe the overall aim of Kundalini yoga is to draw kundalini energy, believed to lie dormant at the base of the spine up through each of the seven primary chakras – the energy centres of the body according to ancient Indian tradition. As the energy moves up along the spine from root to crown, blockages which cause disease and imbalance are thought to be removed allowing for a more free flow of energy. Elevated states of consciousness and greater harmony and balance can be achieved.

How Kundalini Yoga Can Help With Fear

If one considers that each of the chakras corresponds to their physical location and also specific emotional and personality traits, then bringing these energy centres into balance means a positive expression of the chakra is enabled. The first, or root chakra is believed to directly relate to survival instincts, with its primary emotional and physical influences being security and fear. It is also believed to govern the perineum and excretory systems.

An under-active root chakra is said to result in a person displaying characteristics of fearfulness, insecurity and depression. If it is overactive, aggressive, domineering and greedy tendencies are thought to be displayed. When this chakra is in balance a person feels centered, grounded and connected to the earth.

Moving energy through the chakras with Kundalini yoga, then, can be seen as one way that the style of yoga clears out old, stuck emotional and physical disturbances from the subconscious mind where many attachments and fears reside. So as toxic residue is released, healing from the inside out can occur. The effect is a person becomes stronger, clearer, and more able to maintain a place of calm and centredness despite what is happening around them. Discernment about what is true for someone, whether information has value or whether a belief system is no longer serving them well can become more refined.

All this, practitioners believe, becomes possible with Kundalini yoga, paving the way for deep peace, transformation, and inner change.