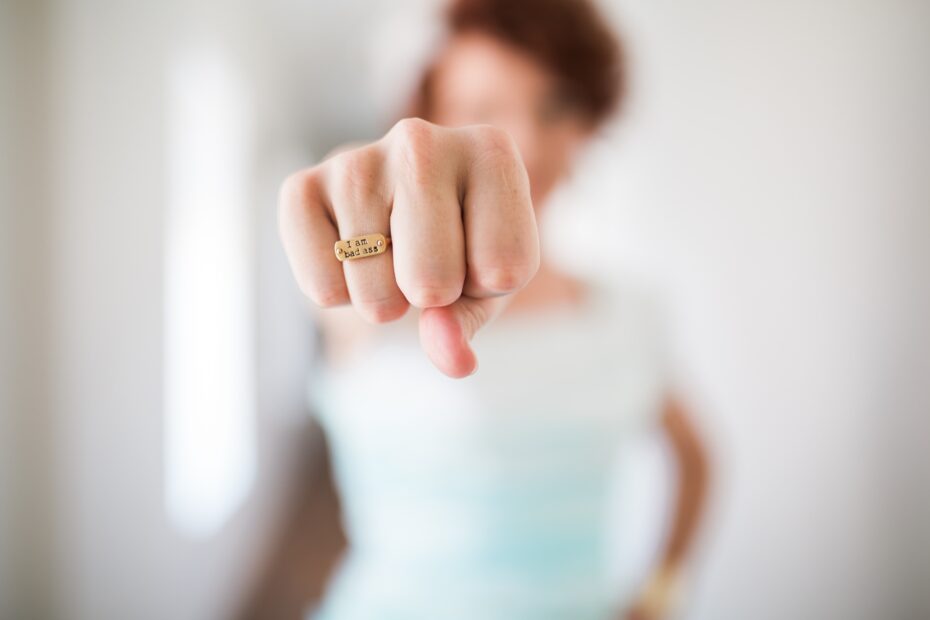 Anger is an emotion or energy that can be constructive or destructive. It is constructive when it guides one towards creating positive change such as exploding with rage at the man beating his dog in order to make him stop immediately.

Kundalini Yoga Offers a Technique to Release the Energy of Anger

Kundalini Yoga, a spiritual yoga practice of consciousness, is about the body and the surrounding inner and outer energy. Releasing tension through deep inhalations and exhalations is a hallmark of yoga. Joining in on “om,” the universal sound of earth’s vibrations can be liberating in its primitive release.

The postures themselves with their studied stillness and release, move with the breath to relieve anger or tension associated with the pent up rage. Focusing inward, concentrating on the here and now obliterates the anger. Gradually the body and mind cannot reach the degree of anger initially expelled.

For example, practice controlled breathing while lying supine with clenched fists punching straight-armed into the air, the inhale returns the arm with the fist clenched to the chest. A set of 3 each, for 3 times with each arm is a brief activity utilizing internal energy into the external environmental energy.

The Breath of Fire

Proper cleansing breathing is fundamental to all yoga. Inhale to expand the chest, then deflate the chest with a prolonged exhale. This is repeated for several minutes. It is more productive than the proverbial counting to 10 before audibly exploding because the body and its essence are involved, not simply the anxious mind. The language of breathing is universal.

On hands and knees, the back is first arched with inhalation, the cow. Exhaling, the stomach contracts toward the back and the back arches into cat pose. Done languidly, holding breaths for 5 seconds this is spinal stretching and releases emotional toxins with expelled breaths.

Relax the jaw by opening the mouth slightly. Let the neck relax by allowing the chin to drop toward the chest. Then move the head sideways with the right ear toward the right shoulder. Gradually move the head back until glancing skyward, then continue toward the left ear and left shoulder until back to the start with the bowed head and chin toward chest. Inhale and exhale audibly while slowly rotating the neck done in both directions.

Shivasana (Corpse pose): A Relaxation of Mind and Body

A good yoga instructor will adjust each student’s head and neck and feet into this resting pose. By adjusting the legs downward and turning them slightly outward and holding the neck passively up and out, physical tension is released. A scented eye bag closes out the environment while gentle manual pressure to the center brow releases muscle tension. It is impossible to maintain or create this pose in anger since its physical and mental state preclude the tension of anger or rage. It becomes a learned position.

The motions, breathing, and embedded memories from yoga sessions repeat themselves eventually altering pathways of anger.